Metro-Ongen were formed in Tokyo in 2002. Combining lullaby melodies and lush harmonies with a new-wave sound that has been compared to Blondie and Television, Metro-Ongen have steady gained a devoted fanbase across Japan. One show at Osaka’s Minami Wheel Festival (the Japanese answer to SXSW) was so over-crowded fans had to be turned away, and they also played at Summer Sonic. Moreover, with a poster design that won a 2010 New York design award, the band are evolving into an art collective under the banner Team M-O. 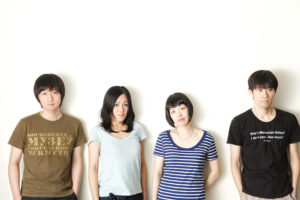